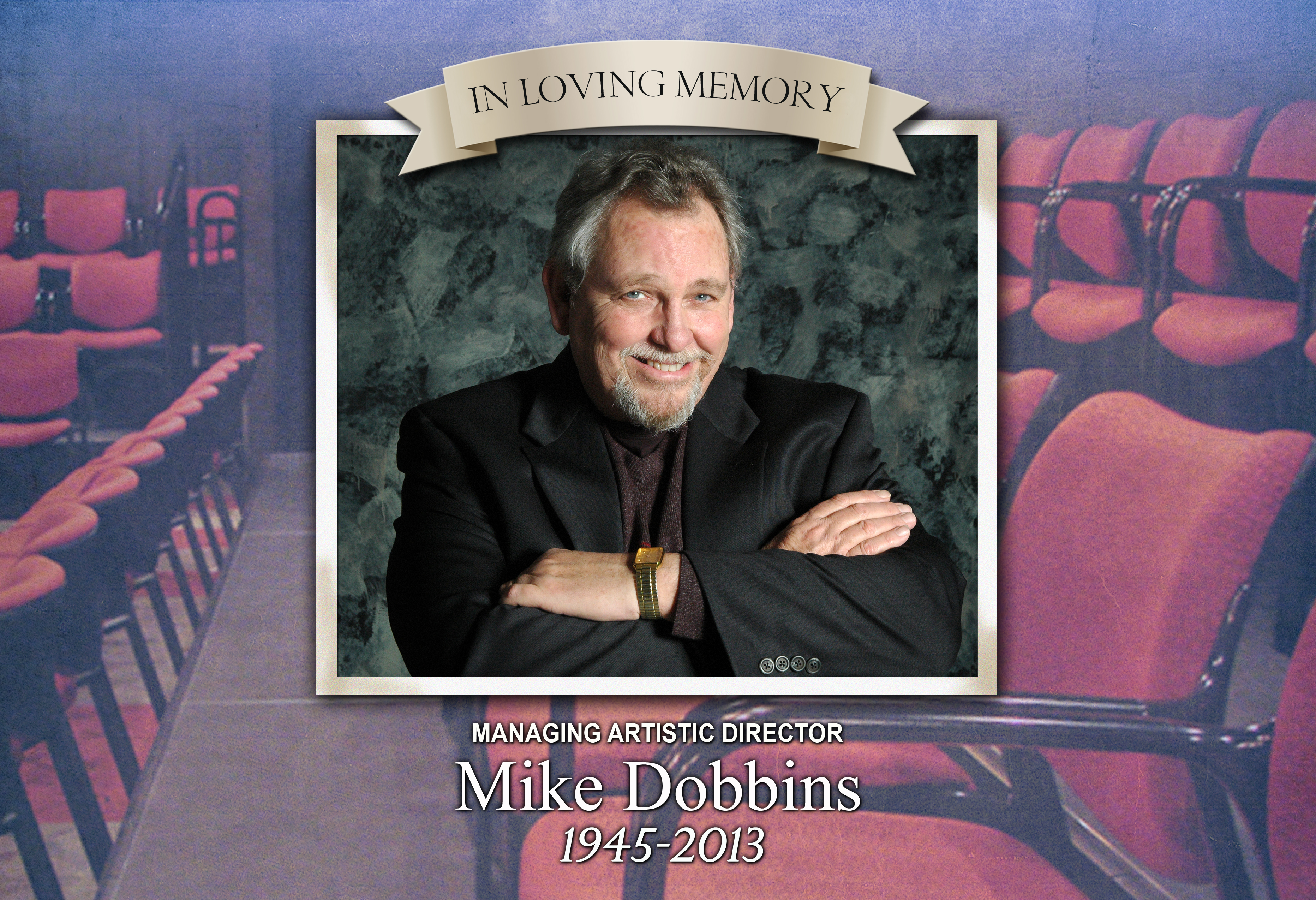 Mike Dobbins, our Managing Artistic Director, left us much too soon in July, 2013, after serving Heartland Theatre Company for 15 years. As we dedicate our 2013-2014 Season to him, we continue to move forward into Heartland’s bright future.

Mike’s “pet” project was the New Plays from the Heartland one-act play competition that brought in a guest playwright with the Town of Normal Harmon Arts Grant, and presented three winning plays in the form of (more than) staged readings to our audiences.  Mike was instrumental in the extreme growth of Heartland between 1999 and 2007.  He initiated the 10-Minute Play Festival with Julie Kistler’s idea from the Humana Festival in Louisville, KY.

I’ve done forum commentaries before about how a community is defined by a surprisingly small number of people who form a special tapestry that lies beneath what we do and how we think and how much we progress as a community.

Many of these individuals remain unsung, or at least little-sung.  Unfortunately, we only stop to think about the impact they have made when they are gone.  We lost a fine man in Mike Dobbins, last week.

If you have never seen a production of the Heartland Theatre Company in Normal, I’m afraid your life is a little less full than it might be.  Mike and his wife Gail did not start that theater, but they took it over – adopted it, if you will – when it was at death’s door.

A wise and cherished professor once explained to me that there are theater builders and there are theater doers.  The builders are very rare, and those that are capable of both are but a handful: Andre Antoine, Konstantin Stanislavsky, Harold Clurman, Orson Welles, Mike Dobbins.

Don’t tell me Dobbins does not belong on the list.  You have obviously never worked with him on a show, or been an audience member appreciative of his warm welcome, his curtain speech before virtually every performance that said we are so happy you’re here.  Without you we would not be here.  Please come again and bring a couple of friends.

Heartland Theater is a unique place where non-university students can work in an intimate environment on plays that are intelligent, often provocative, and without the constraint that they must be commercially viable by appealing to a wide audience.  I think Mike would want any reflection on his life to be a commercial for Heartland Theater.

And all that said, it’s probably trivial compared to the impact Mike had on the clients of social service agencies that benefited from his expertise and training programs.

So, friends, our tapestry has a new hole in it.  But the wonderful thing about this place is that in time somebody will fill it.  Time to rest, Mike.  Be in the audience for a while.

Dan Irvin is Secretary of the Board of the McLean County Chamber of Commerce, Vice-President of the Bloomington Public Library Foundation Board, and a member of the Heartland Community College Foundation Board.

Dan Craft’s article in The Pantagraph, “He Put His Heartland into Heartland and More”

The History of the Mike Dobbins New Plays from the Heartland 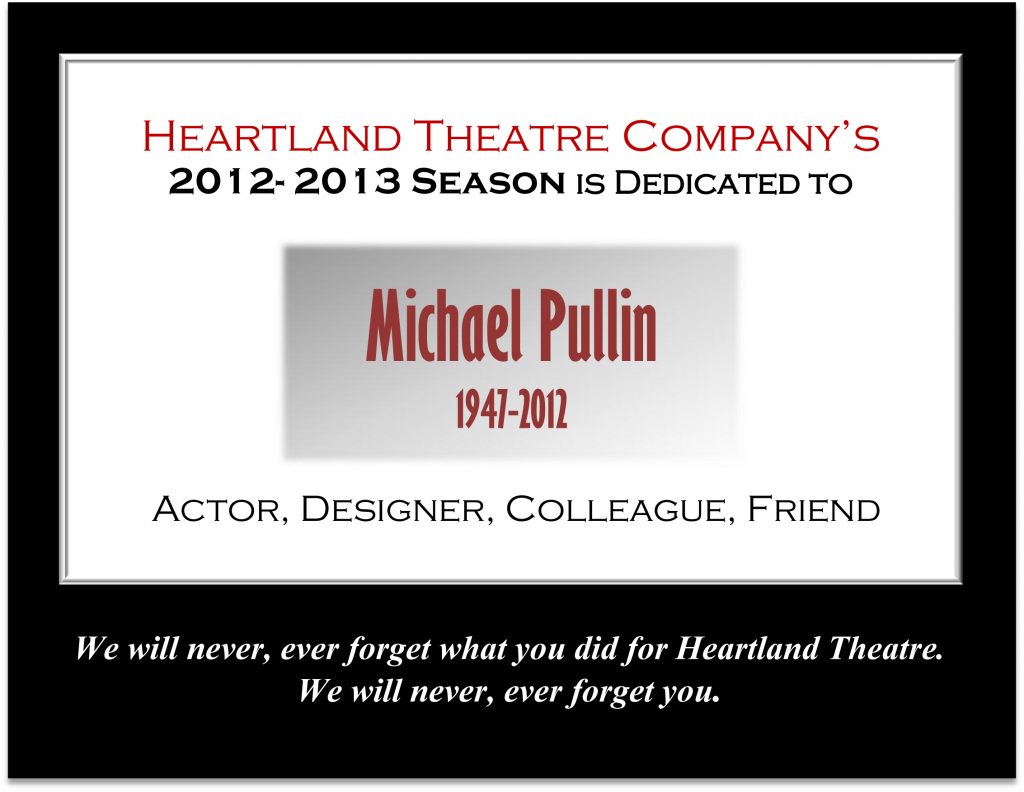 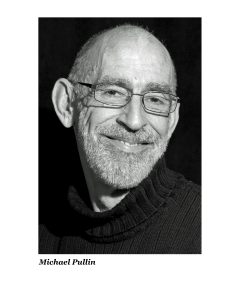 Michael Pullin was an actor, scenic designer, painter, writer, chef, costumer and vivid, larger-than-life presence in the lives of anyone who has anything to do with theater or the arts around here. When he passed away August 7, it was very sudden and shocking, and those of us who knew Michael have been reeling.

As I said on his Facebook page, where people have been posting their thoughts as a way to cope with this terrible news, there are some people so vital and so full of energy that it seems impossible they can leave us. Michael was one of those. He had immense talents in so very many areas, and he was incredibly generous in sharing them, whether that meant offering cooking lessons at the Garlic Press or OSF, mentoring younger actors, working with kids at his church, singing in the choir, writing a play about a middle-aged, cigar-chomping tooth fairy, sewing a huge, bright-colored elephant onto the back of a cape, making a life-size puppet to dance with at the Discovery Walk, or designing countless sets for theatrical productions.

As resident scenic designer for Heartland Theatre, Michael created absolutely beautiful sets. I told him at the time that the atmospheric, leaf-strewn back porch set he did for “Proof” was better than the Broadway set for that show, and I marveled at the way he had managed to fit two complete houses and a tree into the tiny space at Heartland for “Morning’s at Seven.” Amazing.

If the mark he left as a designer was indelible, his work as an actor was equally unforgettable. We all know, I think, that theater is only here in the moment. Designers design, directors direct, actors act, and the performance unfolds. But each performance is unique, because the actors change just slightly, the audience reacts differently, something goes wrong, something goes right, it’s hotter or colder or darker or lighter in the theater that day. Each performance is a thing of its own, here in the moment, gone too fast. And that really describes Michael Pullin, doesn’t it?  A person of his own, here in the moment, gone too fast…

Still, all the different characters Michael played live on in the memories of those of us who saw the shows. Last season alone at Heartland, he gave us kindly old Basil Bennett in “The Diviners;” menacing Sterling in “Mauritius,” so elegant and so scary in his beautifully tailored clothes; and then Arthur Przybyszewski in “Superior Donuts,” a leftover hippy running a doughnut shop that time has left behind. Before that, he was Crumpet the Elf in “The Santaland Diaries,” a show where Michael did a solo act on stage, designed, built and painted the set, made his own costume, and publicized the heck out of it to make sure the house was packed for every show.