What the critics say:

“Theatre that goes straight to the heart” 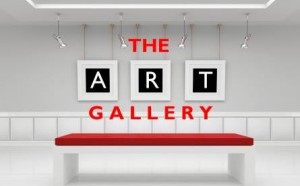 TRIBES by Nina Raine
September 2015 – Marcia Weiss for The Pantagraph

“Director Sanda Zielinski’s ability to get powerful performances out of her casts in nothing short of remarkable. Harold Chapman as Richard is sympathetic and endearing. As James, Dave Krostal’s performance is layered, rich and marvelous. Cristen Susong portrays the damaged Sarah, the center of the play’s universe, and her dynamic gut-wrenching performance is one not to be missed.”

HEED THE CALL OF “SIRENS”

“If you are a list-maker, I would strongly recommend placing the experience of Heartland Theatre’s SIRENS somewhere near the top of your ‘to-dos.’ Directed by Ron Emmons, SIRENS is a delightfully whimsical exploration of life and its passions.”

“By the time ‘The Diviners’ thunders toward its riveting, unforgettably staged conclusion, many of life’s great questions have been posed.”

HEARTLAND AT THE TOP OF ITS GAME WITH “SOUTHERN COMFORTS”

“Continuing to hold onto its mission of ‘exploring the human condition’ by calling attention to the one experience we all have in common (being human), the company hits one out of the park with the touching, comic romance ‘Southern Comforts.’”

“’Rabbit Hole,” a Pulitzer Prize-winning play currently on stage at Heartland Theatre, is a lean-forward-in-your-seat kind of show. There’s not a word to be missed in this beautifully written play by David Lindsay-Abaire, skillfully directed here by Cyndee Brown.”

BEAST ON THE MOON, by Richard Kalinoski
October 2004

“This evening I attended a performance of Richard Kalinoski’s ‘Beast on the Moon’ at Heartland Theatre Company, and I was so deeply moved by every component — the story, the interpretation, the performances and the presentation — that I am uncharacteristically at a loss for words.

“Perhaps Heartland’s artistic director Mike Dobbins said it best when he introduced what he called ‘the very best of theater.'”